Over the next two months, there is a huge global drive for Women in Tech campaigns. With the likes of Google, the Salesforce Foundation and Accenture all openly supporting Women in Tech, we were inspired and motivated to support this worthy and understated cause.

Where did it all start?

In 1970, the Equal Pay Act was passed meaning ‘less favourable treatment between men and women in terms of pay and conditions of employment is prohibited’. According to the laws of the land, women legally had the same rights as men.

So, we ask, why is is that men still earn 15% more than women? In the modern world in which we live, the question remains – are you paying female employees fairly in comparison to male colleagues? We’re pleased to honestly say that at Ebsta we do.

Gurer goes on to discuss Augusta Ada Byron who ‘collaborated with Charles Babbage on the Difference and Analytical Engines, which are regarded as the theoretical foundation for modern computer’. Although we don’t and shouldn’t need proof that women have the skills to work in technology, this is a rich history that shouldn’t be forgotten.

As the campaign drive continues, the film industry has begun retelling stories of these women in recent films like The Imitation Game with British talent Kiera Knightley. Knightley portrays Joan Clarke who was one of few female code-breakers in World War 2 that helped solve the Enigma. Not only does this highlight influential women in technology but also shows the film industry is giving lead roles to women.

Apple are a dominant force in the tech industry and a role model to many SMBs so it’s crucial that they champion diversity in their workplace. According to Apple, they have hired 11,000 more women globally over the past year which, they claim, is 65% more than the previous year.

YouTube’s CEO, Susan Wojcicki, who has a career spanning decades in the technology industry openly discusses the issue of women in Tech. She says “Unless we make a change, the future of tech will look just like it does today.”

CRM software Salesforce identified the issue at their annual Dreamforce event last year with the inclusion of the Women’s Leadership Summit. Susan Wojcicki made an important point “We need men to look at their teams and find out ‘Who are the women I can help get to the next level.’ I’ve worked really hard over the course of my career, but I realize there were men that sponsored me; that gave me that next position. And it’s only because they did that that I’m in this job today.”

Want to join the campaign? Here are 3 upcoming events that you as an individual or a company can get involved in:

The Women in IT Awards 2016 takes place on 28th January and is attracting support from organisations across the globe – Salesforce is its premium sponsor. The event gives out 13 awards to women in IT; those who are role models for the younger girls debating if they can make it in the industry. With keynote speakers such as WW2 veteran Betty Webb in their 2015 ceremony, it’s the perfect opportunity for businesses to see and take note of these women that are taking the Tech world by storm.

A few days later on the 4th February comes the First Women Summit 2016 which discusses and debates equality in the workplace. They ask – have recent media frenzies over prejudice done more to damage the cause of women in business than support it? With 300 attendees, its becoming recognised as an event that could greatly impact the way women in business are being represented.

FDM Every Woman in Tech Awards arrives on the 23rd February which aims to prove that women can and do have hugely successful careers in an industry that’s densely stigmatised. With an Every Woman presence in over 80 countries and an active network of 10,000 members, this event gives women a chance to celebrate their own achievements and the achievements of other great women.

Equality is for Men and Women

Equality means equal for all – men and women from anywhere and everywhere. We all have different skills and talents which aren’t dependent on age, race or gender. It’s just a shame that we, in the year 2016, still have to talk about women not having the same opportunities as men. Let’s hope that events such as the ones above and the bigger organisations help to influence and encourage change because ultimately we want to keep moving forward.

Here at Ebsta, men and women have helped develop and market our new Managed Package product and we are proud of that. We are a species that has created many incredible things – lets create a world where everyone is equal.

Brooke Weinberg is 22 and manages our Ebsta for Bullhorn sales. What she lacks for… 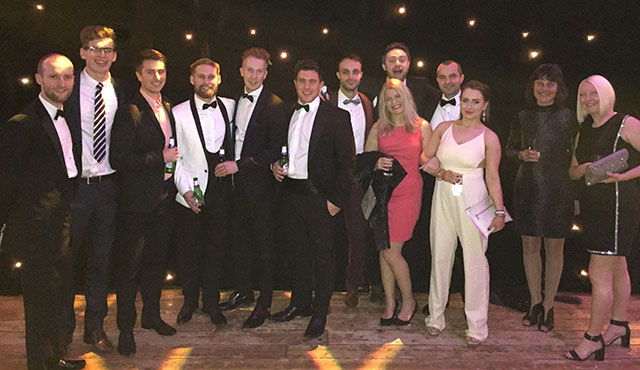 Xpertise Recruitment Have the Expertise to Seek Out Technology Talent

UK-based firm Xpertise Recruitment are no strangers to technology. With extensive knowledge across the IT…

Staffing Boutique, Inc Provides Non-Profits with the Best Staff in the Business

Welcome to our blog where we keep you updated on all things Ebsta. If you ever have anything to share with our community please contact brookeweinberg@ebsta.com

Zac Roberts - CTO and Co-Founder
The Purveyor of Fine Code

Sign up for your FREE 14 day trial to see why more than 7,000 Recruiters users across the globe rely on Ebsta every day. No credit card required.
Get started today
Copyright 2019 - All Rights Reserved